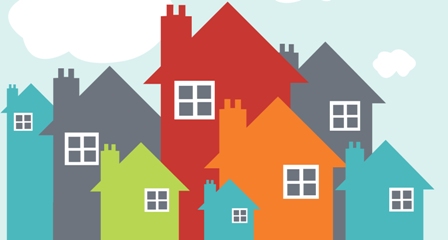 Housing is a key component to treating mental illness, along with counseling and medication, but it is often overlooked, resulting in the failure of the goal of treatment.

The National Alliance on Mental Illness of Ohio has long been a leading advocate for housing as a critical element of treatment.

Housing is a priority in Columbiana County, 27th largest among Ohio’s 88 counties with a population of about 102,000, but a longtime leader in the state in providing housing for the mentally ill.

Sally Luken, a housing specialist who works with NAMI Ohio, says safe, affordable housing is a critical factor in successful treatment. “The number of rental units they have in a voucher system in Columbiana County is remarkable. Lots of rural counties didn’t aggressively go after the federal money. But they did.”

The latest addition to the program is Hornsby House, which opened in 2016, with eight units serving people with a history of chronic, persistent mental illness who might otherwise be homeless.

“Hornsby House is a testament to their teamwork,” Luken said. “It’s not just one agency that gets things done…They have compassion for people with a mental health disorder. For a small population county, they got it done.”

Luken said you need one other thing: a champion. The late Don Roberts was the champion in Columbiana County.

Roberts, a social worker but not mental health professional, founded the Columbiana County Mental Health Clinic in 1965, and greatly expanded the system to one of the best in the state by the time in retired in 2005. Michael Hogan, former director of what was then the Ohio Department of Mental Health, described Roberts at his retirement as “part of the greatest generation in mental health across the country.”

Roberts’ dedication was legendary. He often slept at the center instead of going home and was thrown out of a city council meeting for vocally advocating for the mentally ill.

Terrie Kyser, Housing Director for the non-profit Columbiana County Mental Health Clinic, said Hornsby House is the result of years of dealing with mental health clients who went through the revolving door, often ending up evicted from their housing, hospitalized, in jail, or on the street. Working with federal and state agencies, the organization was able to begin renting subsidized units in Hornsby House in 2016. Tenants pay 30 percent of the rent.

Hornsby House received capital money from the Ohio Department of Mental Health and Addiction Services and the Federal Home Loan Bank of Cincinnati. Operating costs are partially paid by the Columbiana County Mental Health and Recovery Services Board.

Through a combination of programs, the agency overall is serving more than 80 people with subsidized housing, including units in Salem and Lisbon and other areas of the county. There is also a youth mentor program with 16 units.

“There’s a huge need for more housing directed toward the youth population,” Terrie said. “I’m very proud of what our agency does for the folks who have severe and persistent mental illness.”

Waybright said there is an urgent need for group homes for the severely mentally ill, primarily because several group homes closed their doors within the last year, forcing many residents to move out of the area.