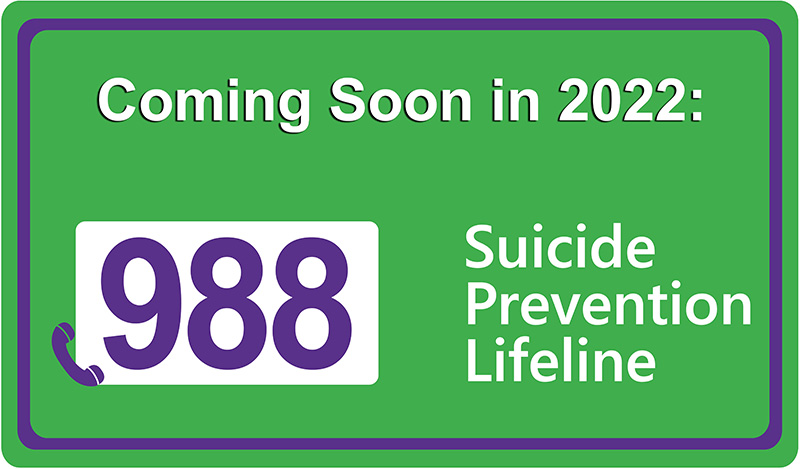 Ohio officials have submitted a plan to the federal government to implement a statewide “988” National Suicide Prevention Lifeline by July 22 this year.

The new system “is designed to better connect crisis care services with individuals and families experiencing a mental health or addiction crisis,” according to the Ohio Department of Mental Health and Addiction Services which is in charge of setting up the new system. “Ohio evidence suggests that the precursors to needing crisis care and related problems remain at high levels throughout the state.”

A new emergency number is similar to the familiar “911,” but is specifically designed to summon help for people in a mental health or suicidal crisis. Callers will be connected through call centers to trained personnel and other resources.

In researching the setup plan, state officials gathered statistics on suicides and attempted suicides going back 10 years in some cases.

One finding was that the pattern of suicides does not necessarily correlate to the state’s highest population centers: Cincinnati, Columbus, Cleveland, and Toledo. Instead, “the highest proportions of suicide are occurring in the Appalachian and northwest regions of the state,” the report says.

The report also notes that some groups of people were at a higher risk of suicide than others, specifically “those with only a high school education or less and those who are divorced are at an elevated risk for suicide.  Also, it is worthy of note that men are almost four times more likely to attempt and complete suicide than women.”

Young people, in general, are particularly susceptible to ideas of suicide, the state report said, due to being bullied (32 percent), experiencing anxiety (27 percent), and having depression or anxiety (21 percent).

The first $400 million to pay for the network has been provided by the federal government, but ongoing funding has yet to be determined. The current network of crisis lines is funded by a patchwork of government, private and non-profit sources.

Information on the 988 plan is online here: https://mha.ohio.gov/about-us/priorities/ohios-988-implementation

From the time she was a child, Valerie Walker liked taking care of those in need, especially children. She learned it from her mother, Vellier, who was active in church outreach, and her father, Herbert, who volunteered with the Boys and Girls Clubs in Cincinnati.

“I think it’s just who I am,” Valerie said. “My thing is taking care of people.”

Valerie wears many hats: parent, accountant, minister, church volunteer, homeless advocate, and board member for the National Alliance on Mental Illness of Ohio.
Despite many accomplishments, Valerie is modest and soft-spoken. “It’s not about me. It’s about ‘we,’” she said.

The Cincinnati native’s passion, as she puts it, is to “encourage, advocate, support and educate those living with a mental illness and their loved ones especially those experiencing homelessness in our communities.”

She was raised in a Christian family and is the oldest of seven children. Valerie’s parents “taught me to give back from an early age,” she said.

Her efforts to help the homeless, especially children, are focused through the Interfaith Hospitality Network of Greater Cincinnati, a 30-year old organization that began when a handful of Cincinnati-area churches and synagogues opened their doors to homeless families. The network now has more than 100 congregational partners representing all faiths, funding from the United Way and City of Cincinnati, and provides overnight shelter, food, daycare, and other services to homeless families.

“The children have lost their home and they don’t know why,” she said. “They’ve lost their friends. They have to learn to wear a mask. Their parents are home or out of work and more children are suffering.”

“My concern is their mental health,” said Valerie who has been on the NAMI Ohio Board and co-chair of NAMI Urban Greater Cincinnati since 2017. “They lost connection with their schools and their friends. Many parents are frustrated and angry. There are so many untold stories.”

Valerie and her colleagues have parties and pizza nights for kids to relieve a bit of the sadness kids suffer from losing their homes and stability.

Valerie, the parent of two children herself, said NAMI and other groups are pushing to help kids by ensuring there is a mental health provider available at every school. That help is needed regularly, she said, not just when a child acts out and gets sent to juvenile detention. By then, problems have started that could potentially have been averted by early intervention.

There is hope for the future, Valerie believes, because she has watched Gov. Mike DeWine provide increased funding and support for mental health programs in general and for children in particular.”

“I know he’s a person that cares,” she said.

Information about the Interfaith Hospitality Network of Greater Cincinnati is available online at https://ihncincinnati.org/ 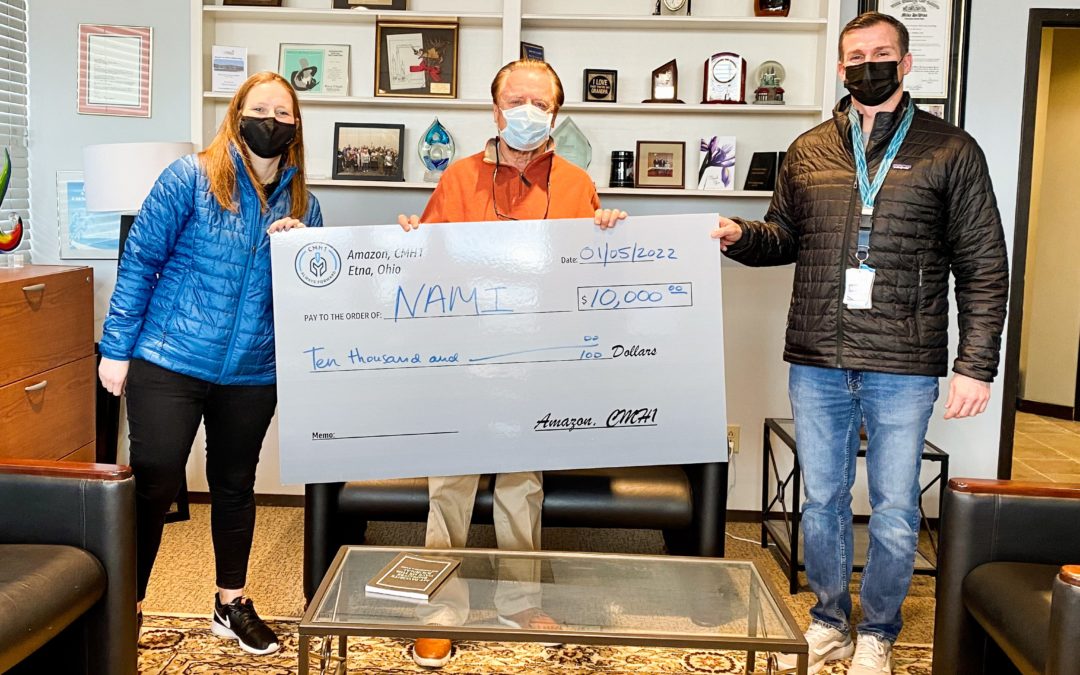 The local Amazon office in central Ohio has selected NAMI Ohio as a recipient of a $10,000 donation as part of their commitment to support non-profit organizations.
Local Amazon General Manager Wayne Bateman and Assistant General Manager Jennifer Schrum presented the check to NAMI Ohio Executive Director Terry Russell at the NAMI Ohio offices on Wednesday, January 5th.
This generous gift will be used to continue our mission of supporting all Ohioans impacted by mental illness.
Thank you Amazon.com for your support!