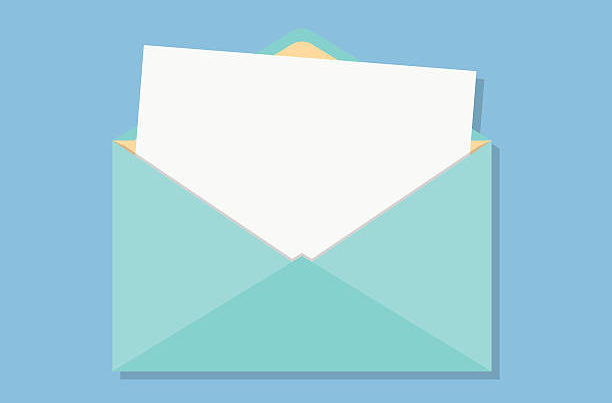 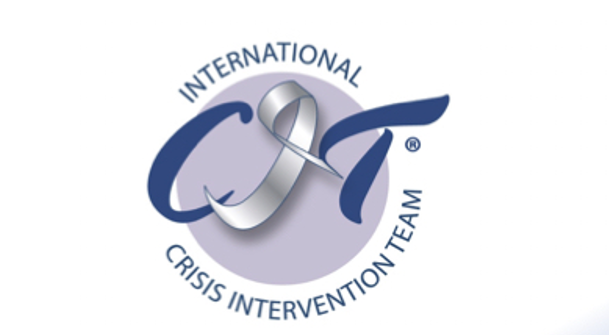 Wooster, Ohio: August 31, 2021—NAMI Wayne and Holmes Counties and the City of Wooster Police Department recently received international attention. Patrolman Jerome Fatzinger, was nominated and chosen as the International CIT Law Enforcement Officer of the Year. Officer Fatzinger is a member of the Wayne/Holmes Crisis Intervention Team (CIT) Advisory Council.  Jerome and NAMI Wayne-Holmes Executive Director, Helen Walkerly, attended the CIT International Conference in Phoenix, AZ in August, where Jerome was honored and given his award. Over a thousand professionals were in attendance to observe his recognition and hear about the circumstance that led to his nomination and selection.

Wooster Police Department’s Assistant Chief Scott Rotolo summarized a call to the home of a young male who was threatening suicide and had a firearm in his possession. “As a CIT officer, Patrolman Fatzinger was called to the scene to initiate contact with the young man. Many Wooster PD officers were on the scene to assist but Patrolman Fatzinger was the one who used the skills he learned during CIT to eventually bring a truly dangerous situation to a peaceful resolution. Just prior to Patrolman Fatzinger making contact with the person in crisis he spoke to the man’s parent. He was told that his son was barricaded upstairs in the house, had a gun, and wanted to die. Moreover, Patrolman Fatzinger was told that the male had a plan to come outside with the gun and force the police to shoot him. Patrolman Fatzinger called the male using a cell phone and immediately began his attempts to deescalate him. He spoke to him for over forty-five minutes, all the while using the skills he learned as a CIT officer to gain his trust and to work toward getting him to understand we were there to help him. Patrolman Fatzinger was able to successfully build this foundation of trust to the point where the male agreed to leave the gun in the house and come outside to get the help he so desperately needed.”

According to Rotolo, Patrolman Fatzinger, was “calm, patient, and compassionate the entire time. His actions epitomize what being a CIT officer is all about and this man is alive and a peaceful resolution was made. During this incident, several officers worked as a team; however, at the center of it all was Patrolman Fatzinger using his de-escalation skills as a CIT officer. These types of situations are arguably the most dangerous and unpredictable ones we encounter. In this instance our training worked and I’m extremely proud of Jerome for what he did. I’m equally proud of the leadership and passion Patrolman Fatzinger shows for the CIT program as well as the mental health of all his brothers and sisters in law enforcement.”

NAMI Wayne and Holmes Counties Director and local CIT Coordinator, Helen Walkerly states “this scenario is just one example of the fine CIT Officer that Jerome is in the line of duty. Since taking the 40-Hour CIT training in 2010, Jerome immediately got involved in the CIT Advisory Council and the local training program. He says that by attending this training and becoming involved with the CIT Program he has found his “Why” as a police officer. Jerome has worked tirelessly to help grow the local program. He participates in the trainings, for law enforcement officers, EMS/Fire, and Dispatch; he teaches sections during the course. In April, Patrolman Fatzinger was presented with the 2021 State of Ohio CIT (Crisis Intervention Team) Officer of the Year award and was named the Wayne-Holmes CIT Officer of the Year in 2015. In 2019, the local program was awarded Ohio CIT Program of the Year. “

“Jerome is a mentor to other law enforcement officers in both Wayne and Holmes Counties and is thought of as the “go to” officer for the CIT model of intervention. He has started a Law Enforcement Peer Support Group for officers and a Liaison Group for Administrators. His compassion led him to initiate the “Chat with a Cop” program at our local MOCA House recovery center to break down barriers between officers and persons with mental illness. In 2020, when a CIT Officer in the county died by suicide, he was the first to be contacted and provided support to officers of that law enforcement agency. He also participated in the Critical Incident Stress Management process provided for that agency.”

Jerome’s CIT International award states “In recognition of your dedicated service to people living with mental illnesses, to the mental health community and to law enforcement.” He epitomizes this and is a treasure in our local community. 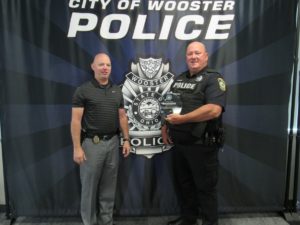 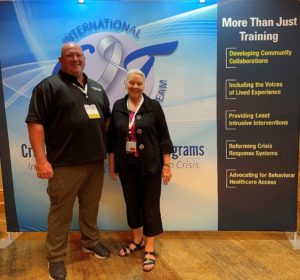 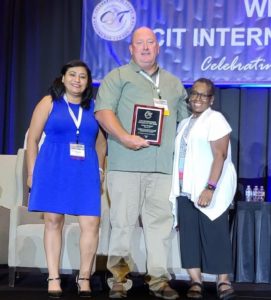