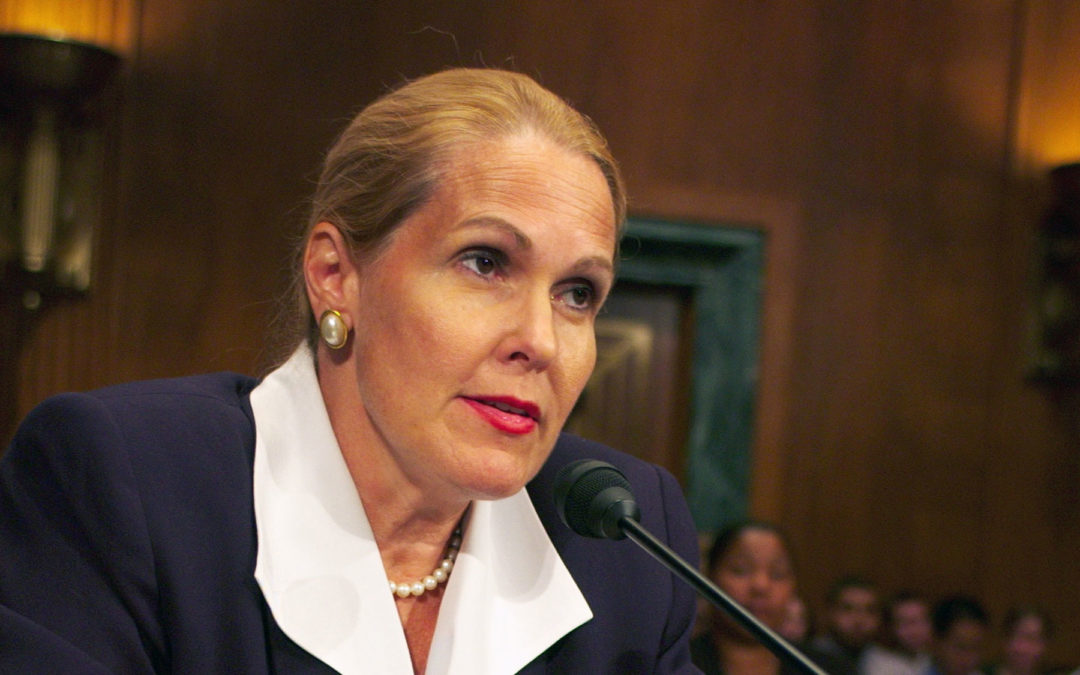 Mental illness affects 30 percent of all inmates in Ohio jails, triggering a growing public health crisis and avalanche of unnecessary costs to taxpayers.

Stepping Up, a state and national collaborative effort led here by former Ohio Supreme Court Justice Evelyn Lundberg Stratton, is attacking the problem by reducing the number of people with mental illness who recycle through the revolving door of jails, prison and mental health institutions. The National Alliance on Mental Illness Ohio, the leading advocate for the mentally ill and their families, has been a Stepping Up partner with Stratton since the beginning.

The overall goal of Stepping Up is to help criminal offenders get clinical treatment and other services for mental health illnesses so they can “get well, make positive changes life changes, and stay out of jail.” At the same time, treatment in lieu of incarceration can potentially save millions of dollars in unnecessary expense for jails.

Justice Stratton, who served on the Ohio Supreme Court from 1996 to 2012 after starting her judicial career on the Franklin County Court Common Please, has spent 30 years focusing on the problems of mental ill offenders caught up in the criminal justice system.

“I think the best explanation of Stepping Up is that people are often in jail because of their mental illness. Many of these people are sick, they’re not criminals,” Justice Stratton said. “Our mental health care system has never been adequately funded. Jails end up as the de facto mental health system.”

However, jail operators are not mental health professionals, she said, and don’t have the skills, time and resources to adequately help mentally ill patients in their care. That results in many offenders cycling repeatedly through the criminal justice system, without getting help eroding precious resources.

Ohio’s 78 jails serve in a way as psychiatric facilities at a cost of $41.7 million annually. Nationally, 2 million people with serious mental illness are admitted to jails each year, costing taxpayers two to three times as much as other offenders.

The Ohio program is linked to the national Stepping Up program begun in 2015 by the Council of State Government and other entities.

However, Justice Stratton, who is the child of foreign missionaries, became interested in mental illness in the criminal justice system three decades ago. Her first experience, she said, involved a deaf mute offender who came back again and again to her Common Pleas courtroom. She realized then and there that something needed to be done to help people with mental illness better navigate the system.

Eventually, Justice Stratton gave up her seat on the Supreme Court to pursue her goal of improving outcomes for the mentally ill in the criminal justice system.

“Stepping Up has made a huge impact in Delaware County. We have expanded on our already existing programs,” Neff said. Agencies are collaborating and there is a willingness to come together and put differences aside. The county jail is now screening all incoming offenders for both mental health substance abuse issues to help guide them to treatment and programs whenever possible.

One measure of success in Delaware County, Neff said, is a reduced rate of recidivism, which is the rate at which ex-offenders come back to jail on new or modified charges. Offenders in Stepping Up come back to jail at a 30-percent rate compared to the 60-percent recidivism rate for non-participants, she said.

One specific case study in Delaware County showed the financial value of Stepping Up, Justice Stratton and Neff said. A chronic offender who had been cycling through the criminal justice system for eight years cost the county and other agencies $644,357 over the eight years. By comparison, providing housing and mental health services to the same individual would have cost taxpayers an estimated $198,522, producing a net savings of $445,835 in

Best of all, Neff said, she sees offenders improving their lives.

Justice Stratton sees statewide improvements in how the mentally ill are treated in the criminal justice system through the creation of 280 drug and specialized courts and 14,000 officers in law enforcement now trained to handle mental health patients in crisis. There is greater cooperation and collaboration among agencies and important information is being shared, not kept in silos, she said.

Luke Russell, deputy director of NAMI Ohio, said the organization’s mission is to “improve the quality of life, and ensure dignity and respect for person with serious mental illness, and this includes the 30 percent of folks incarcerated in the jail system.”

“NAMI Ohio has been a partner from the beginning, and we believe the growth of this program has and will divert individuals with serious mental illness into more appropriate and less costly treatment options,” Russell said. “We are proud to be on the core team of Stepping Up, and we know the stories of individuals and families that have benefitted from a system open to alternatives and increase treatment options for those with serious mental illness.”

More information about Stepping Up is available online at https://mha.ohio.gov/Schools-and-Communities/Criminal-Justice/Stepping-Up. 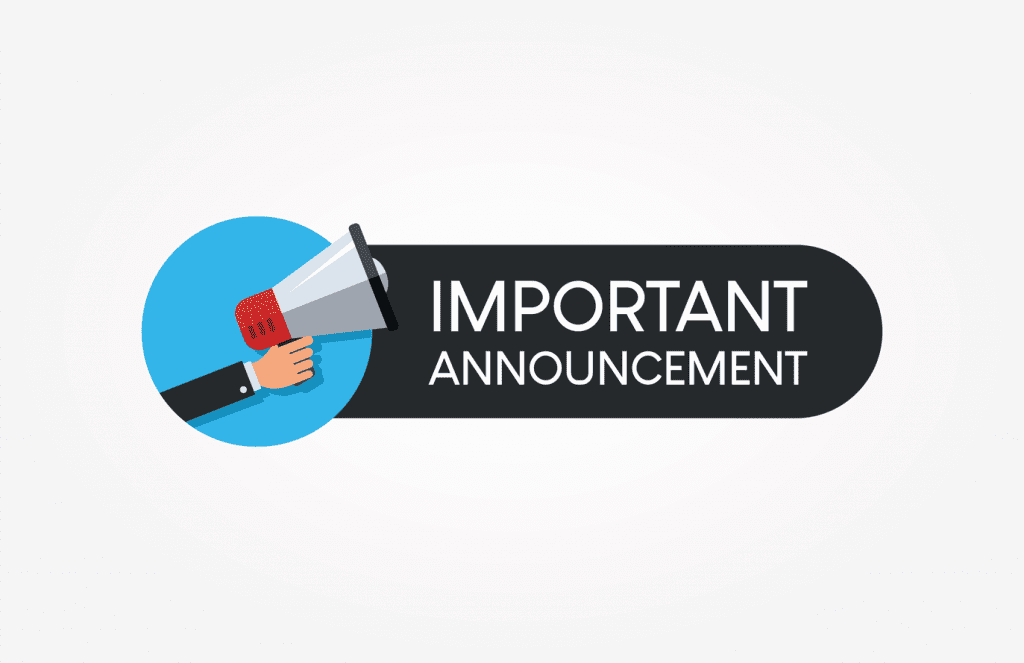 NAMI Ohio, “the state’s voice on mental illness” is governed by a 28-member board of directors. There are six members from four different regions of the state; three At-Large members and a Consumer Council representative. This is a very diverse group of members consisting of various genders, race, social-economic backgrounds, people living with mental illness and family members.

In May 2020, NAMI Ohio recognized that there is disparity in healthcare, especially mental health care. There is a giant gap in care as it relates to African Americans.

Over the past two and a half months, a number of meetings have been held and quite frankly, some of those meetings were uncomfortable. The board members discussed issues and how each of our lives are so different. NAMI Ohio is proud to present our Social Justice Statement that not only identifies our position but, more importantly, will guide our commitment to enhance our advocacy, education, and support in these under-served communities.

As you will see in this statement, we are asking all Ohioans to join us to eliminate public policy and societal practices which perpetuate prejudice, stereotypes, and discrimination resulting in inequities and mental health disparities.

This statement was approved at the NAMI Ohio board meeting held Saturday, August 22nd. Today, we start our journey on this extremely important issue. We are excited that we have an opportunity to make change.

NAMI Ohio is the voice for all Ohioans with mental illness regardless of age, gender, race or ethnicity, national origin, religion, disability, language, socio-economic status, sexual orientation, or gender identity. The impacts of structural and systemic racism on the mental health needs of Ohioans who are Black, indigenous, and people of color are real and devastating. The emotional, psychological, and physical manifestation of trauma negatively impact mental health and lead to mental health disparities. We believe that all individuals including communities of color and people with mental illness must be treated with respect and dignity and receive equitable health outcomes and full inclusion. NAMI Ohio denounces racism and racial discrimination in all its forms. As Ohio’s voice for mental illness, we will take action to make change through word and deed. We ask all Ohioans to join us to eliminate public policy and societal practices which perpetuate prejudice, stereotypes, and discrimination resulting in inequities and mental health disparities.