Suicide rates in Ohio have increased dramatically among youths and those more than 65 years of age from 2007 through 2018, according to an Ohio Department of Health report released Wednesday.

Suicide is now the leading cause of death for youths between 10 and 14 in the state of Ohio. Statewide, 5 people die by suicide every day and one youth dies every 33 hours, the report states.

Ohio’s suicide rate is increasing, especially among youths between the ages of 10 and 24, with a 56% increase in deaths from 2007 through 2018, according to a state Department of Health report released Wednesday.

A young person dies by suicide every 33 hours in Ohio, and five people of all ages die every day, the report states.

There were 271 people between the ages of 10 and 24 who killed themselves in 2018. That is only two more deaths in that age group from the previous year.

But the trend becomes more alarming when viewed over more than a decade, as there were 174 such suicides in 2007.

Dr. Mark Hurst, medical director for the Ohio Department of Health, said the trend is alarming.

“It’s important to identify youngsters that are having trouble so that there can be intervention,” he said.

Hurst said it’s important to be aware if a youngster is suddenly becoming secretive, staying in his or her room and cutting off communication with others.

“We shouldn’t assume that a young person is just going through a phase if they are showing symptoms,” Hurst said.

“It’s a public health problem that needs to be addressed ASAP,” Coder said.

It’s apparent there needs to be outreach all the way down to the elementary school level, he said.

In addition to the increases in the younger demographic, suicides have increased substantially for adults 65 or older since 2007.

“Suicide is a very complicated public health issue. When we look at the statistics, you can’t lose sight that it is someone’s son or daughter,” Hurst said. 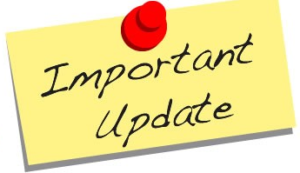 The Ohio Department of Mental Health and Addiction Services (OhioMHAS) is pleased to announce that the Recovery Requires a Community program has expanded to help individuals who have transitioned to the community from a nursing facility and are at immediate risk of readmission.  As of November 1, 2019, Recovery applications have been accepted from individuals who are planning to transition from a nursing facility and those who have transitioned from a nursing facility within the past ninety (90) days and need assistance to continue living in the community.  Program information, including eligibility criteria and application forms, is available at www.mha.ohio.gov/rrac.  If you have questions or need technical assistance, please contact OhioMHAS via email at Recovery@mha.ohio.gov or call (614)644-0617