Tamisha’s Story: When Loving Your Child Means Giving Up Custody 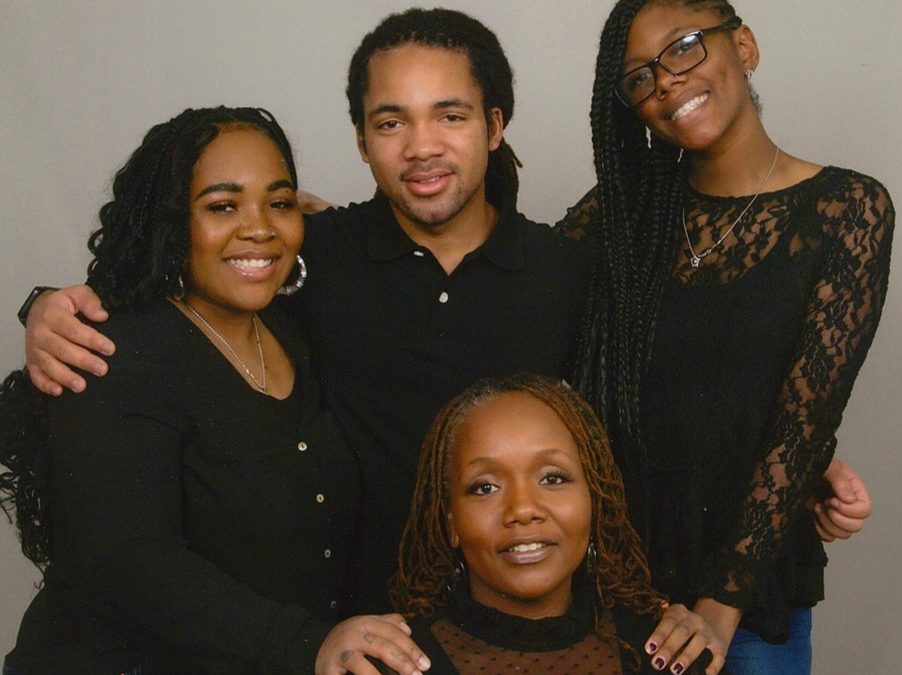 Pictured: Tamisha McKenzie with her children.

Tamisha McKenzie faced one of the toughest choices a parent may ever have to make – giving up custody of her child so she should get the mental health help she needed.

McKenzie has no regrets about doing the right thing – then or now.

“I needed her to be well. There was nothing I could do to help her. I was so hopeless,” Tamisha said. “Anything anybody could offer I was willing to take. I wanted my daughter back, but I was willing to do whatever I had to do to make sure she was safe, and we were safe.”

Tamisha eventually regained custody of her daughter, who is now a freshman in college. Tamisha is using her experience and expertise as a parent peer support trainer and coordinator for NAMI Ohio.

NAMI Ohio supports the OhioRISE program (https://managedcare.medicaid.ohio.gov/wps/portal/gov/manc/managed-care/ohiorise/ohiorise)  unveiled recently by Gov. Mike DeWine’s administration. Part of the specialized managed care program for children and youth with behavioral health issues would “utilize a new waiver to target the most in need and vulnerable families and children to prevent custody relinquishment.”

Unfortunately, Tamisha didn’t have OhioRISE when severe behavioral problems began developing with Raven, the youngest of her three children, after Teyah and Brendan.

A native of Steubenville, Tamisha moved to Columbus as a child. She spent 20 years as a licensed hairstylist before becoming involved with NAMI, first as the parent of a troubled teen involved in a family training class, and then as a staff member.

When Raven began lashing out, sometimes violently, Tamisha said she didn’t know how to help her daughter. She tried to work with school officials, police, and other agencies, but things just got worse with Raven showing explosive behavior, anxiety, and manic episodes. She hid in a crawl space under the house and wouldn’t come out, ran away from home, pounded holes in the walls with a hammer, and destroyed things in her brother’s room.

Things came to a head when Raven attacked Tamisha, and the police had to be summoned, not for the first time.

Something had to be done.

“I was afraid somebody was going to die,” Tamisha said.

With nowhere to turn and fearing for the lives of her children and her own life, Tamisha made the heart-wrenching decision to give up custody of Raven so she could be sent to treatment facilities and receive the care she so badly needed.

“When I think about it now, I felt relieved. That was my first reaction. I felt relieved because I couldn’t parent my child anymore. It was a hurtful situation.”

Raven received residential treatment at several facilities inside and outside Ohio. With help, she learned to recognize signs of her rising anxiety and anger and developed tools to deal with them without explosive behavior.

“We’ve had some hiccups, but it was never like it was before,” Tamisha said.

“What drove me was the love I had I had for my daughter. I loved her, but I couldn’t stand what she’s doing. At the end of the day, I love her.”

“I would encourage parents to operate from a feeling of love,” Tamisha continued. “Do what your heart is telling you. Push down worrying about who might be judging you.”

Laurita Barber, a friend of Tamisha’s who is the office manager and accountant for NAMI Franklin County, called her a “very caring person. Because of her own struggles, her heart is definitely with parents who have children with mental health conditions.”

“I know her road was a very hard road. It’s not an easy walk at all. As the parent, you’re often misunderstood,” said Laurita, who faced a similar situation with her own child.

“Education is the most important thing you can do for yourself. I wasn’t educated at all. I was totally unprepared.”

Laurita echoed Tamisha’s advice not to worry about stigma and what other people think and say.

“The big thing is to realize when you come to the end of what you can do; sometimes, we have hard decisions to make.”