Suicide Prevention in the Farming Community 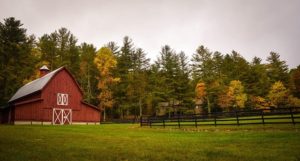 Many people think farming is a stress-free occupation – working outdoors, with fresh air and sunshine – but that’s often not the case.

In fact, Ohioans working in agriculture are more prone to mental health issues and have higher suicide rates than those in the general population.

NAMI Ohio and the Ohio Suicide Prevention Foundation are working with the Ohio Department of Mental Health and Addiction Services to spread the word about suicide prevention and access to mental health services for people in the farming community.

Tony Coder, executive director of the Suicide Prevention Foundation, said there are many factors contributing to mental health issues on the farm, including financial instability, unpredictable weather, a solitary lifestyle, and limited access to health care.

“There’s a lot of pressure. How much of a farmer’s life is out of their control? Right now there’s a lot of concerns about economics and tariffs,” Coder said.

In farming as in general, there is an unfortunate stigma attached to mental illness that is not generally connected to physical illness. “These are strong people who don’t recognize they have a problem. They think they can deal with it themselves as strong solitary people,” Coder said.

Brad Reynolds, communications director for the 1,800-member Ohio Corn and Wheat Grocers Association, has seen the stress up close and personal because the group lost one of its board members to suicide.

“There are just a lot of stressors going on in the market,” Reynolds said, “Our dairy farmers are seeing it as well. It’s a scary time. These are strong individuals but they don’t have to be the strongest people all the time. If you spend your entire day and livelihood solving problems, what happens when there’s a problem you can’t solve?”

Behavioral health issues in the agricultural community have caught the attention of officials with the Ohio Department of Mental Health and Addiction Services, including Dr. Justin Trevino, the agency’s medical director, and Kathleen Coate-Ortiz, chief of mental health services.

“Farming is a really difficult job and has become more difficult as time goes on,” Trevino said. In addition to other issues, it is also a dangerous occupation, with accidental death rates more than five times that of the general population,” he said. “Behind the scenes, it’s become quite a stressful thing. “

Coate-Ortiz said the suicide rate among farmers is alarming.

Quite often, there is limited access to primary medical care in rural Ohio, in addition to behavioral health care, she said.

“Farmers carry forth in this business for generations,” Coate-Ortiz said. “They supply Americans with food. That’s their heritage and when they can’t do it, they think they’ve failed.”

NAMI Ohio and mental health officials are working with community agencies, the Ohio Farm Bureau, and a host of other organizations to get out the word in recognizing the signs of mental illness and suicide.

One such group is Mindful Minds of Logan County which offers mental health first aid and education for schools, businesses and the community.

“The most important thing is to reach out of somebody, whether it’s the local mental health and addition board or somebody else,” said Coder of the Suicide Prevention Foundation. “We need to break through that stigma and have some real conversations.”

There’s also an online resource called Man Therapy that works through the Suicide Foundation, taking an informative and sometimes humorous look at mental health issues related to men. It is designed to bridge the stigma by addressing things in a “manly way” such as cooking, yoga and “feelings are not just for hippies.”