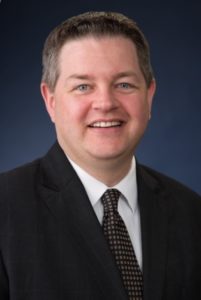 Tony Coder, the new executive director of the Ohio Suicide Prevention Foundation, says it’s time to bring the epidemic of suicides out into the open.

“These are all good people. They’re not wrecked families. We need to support them and we have opportunities now to do that.”

Coder, a native of tiny Lewiston in Logan County, was appointed Feb. 25 as new head of the foundation, which is a subsidiary of the National Association on Mental Illness Ohio. The foundation is housed in NAMI’s offices at 1225 Dublin Rd. in Columbus.

Although this is Coder’s first job exclusively focused on suicide prevention, he has a long history of dealing with mental health, addiction and social service issues, dating back to his first job as pastor of the LaPointe United Methodist Church in Ottawa County. As he felt God’s calling to ministry, Coder said he felt the calling to work in other ways to help people. That led to a position with Ohio Job and Family Services, then into the administration of former Ohio Gov. Bob Taft.

He later worked again for Job and Family Services before joining the Drug Free Action Alliance as assistant director and later with the Ohio Association of County Behavioral Health Authorities.

The decision to accept NAMI Director Terry Russell’s offer to run the Ohio Suicide Prevention Foundation was prompted by personal experience, Coder said, remembering when his son called him from a hospital bed after attempting to take his own life in 2017. His son was later diagnosed with bi-polar disorder and is now doing well. Coder said his son urged him to take the new job.

“I told him that there will be times I will tell your story and he was absolutely fine with it.”

“It is a personal type of journey when you have lost someone to suicide,” Coder related. “But there is a stigma and people are voiceless. I am fighting for them.”

The numbers are daunting, with suicide as the second-leading cause of death for young people 10 to 24 years old. There is also a huge surge in suicide deaths among middle-age men.

The foundation has a number of resources to help, including a peer-to-peer program, training for health care professionals, and a project with the Cleveland Clinic and Nationwide Children’s Hospital to do follow up contact with people who have attempted suicide after they leave the hospital.

Coder said he hopes the foundation can serve as a coordinating agency for a variety of suicide prevention programs like “wrapping a blanket around the community.”