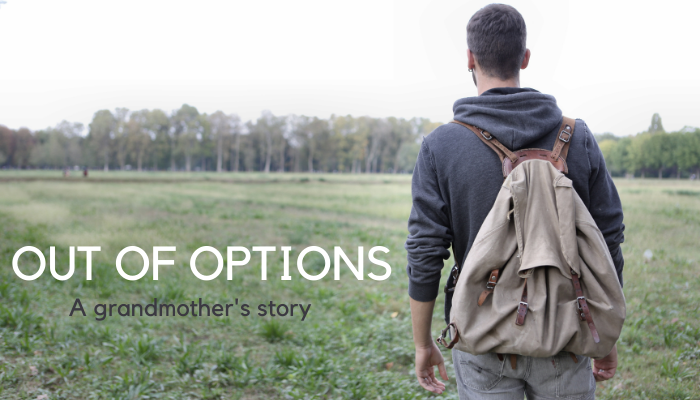 Julie fears her grandson is lost, the victim of a mental health system that repeatedly failed him for years.

Jacob, Julie’s 21-year-old grandson, has multiple mental health diagnoses, triggered in infancy when his mother abducted and took him out of state where she frequented crack drug houses. He developed what is known as “reactive attachment disorder,” which occurs when very young, abused, and neglected children have no feeling of safety and security. Jacob’s reaction to a crisis is fight or flight.

“He’s going to be a statistic,” said Julie, who now works in a long-term care facility after previously being employed at a hospital. “I think the health care system, the mental health system, and the schools all failed him. He was a child left behind,” she said.

Jacob’s story is all too common in a fragmented and underfunded mental health system that focuses on what services are available and not what the person needs.

After being abducted to Colorado, Jacob ended up in foster care before Julie and her husband brought him back to Ohio. The problems started almost immediately. She took him to counseling and Jacob was placed on medication at a young age.

Jacob moved to live with his father at age 10, but things just got worse, with the boy ending up at a juvenile facility after police came and picked him up at his elementary school. “I never send them this young, but I don’t know what else to do,” Julie remembered the judge saying in court.

Since then, Jacob has been in and out of psychiatric hospitals, has been arrested frequently, and spends most days in adult care facilities. But he runs away often, and sometimes walks down the middle of the highway, and has said he wants to die – “to be smashed on the road like a deer.”

When the police come, Jacob often resists and throws rocks and bottles at them, his fight or flight response from childhood kicking in.

At one point, when Jacob was being dropped at a hospital for psychiatric treatment, a police officer told him he faced four criminal charges when he got out. That made things worse for the troubled young man.

Through it all, in 18 years since coming back to Ohio, Jacob has not received the consistent mental health treatment he so desperately needs.

Julie has not given up on Jacob, and never will. But, she said she has run out of options.

‘I have taken him to counseling for years. It’s emotionally and physically draining to go through this over and over again. We’ve done everything we’ve been asked to do.”

She continued, “I love him. He’s innocent. He did not ask to be like this.”

“I feel scared for his future. I feel there’s no way he can have any sense of normalcy in this life. He’s not a criminal. He just needs help.”